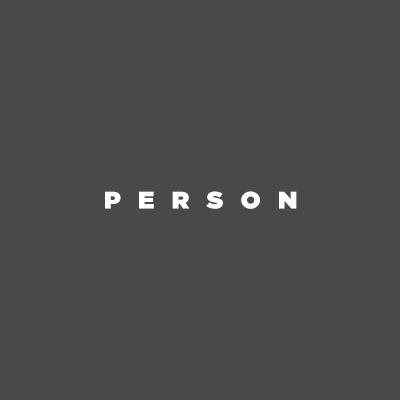 My work reflects increasing anxiety over the state of American culture, its impact upon the global environment and upon other countries. How many more species will disappear before we do something about global warming? How many more antibiotics can be ingested before we mutate the ecosystem? The work also reflects deep ambivalence towards technology.

Currently, there are two primary sources of imagery that are consistently used throughout my work: maps and Chinese paper cuts. Maps are objective records of place and time, but also record the history of humankind’s need to understand and psychologically dominate the environment.

The second source is Chinese paper cuts. The art thus brings East and West together by blending imagery from both cultures and “mapping” out a new terrain.

My understanding of China fluctuates between two extremes: one is a view of an exoticized, mysterious culture; the other is China as the “other,” a country to be feared, an adversary to our social order, a culture that is permeating “ours.” The media depicts China as a constant threat to our global security and economic and cultural dominance.

Meanwhile, we sit in front of a computer screen: its infinitely repeating text and images are like television, like waves on the ocean, the cosmos, bits and pieces of reality slipping by. The demarcation between our humanity and our tools has become nearly impossible to control. Despite technological advances, human alienation, dislocation and loneliness seem to follow. 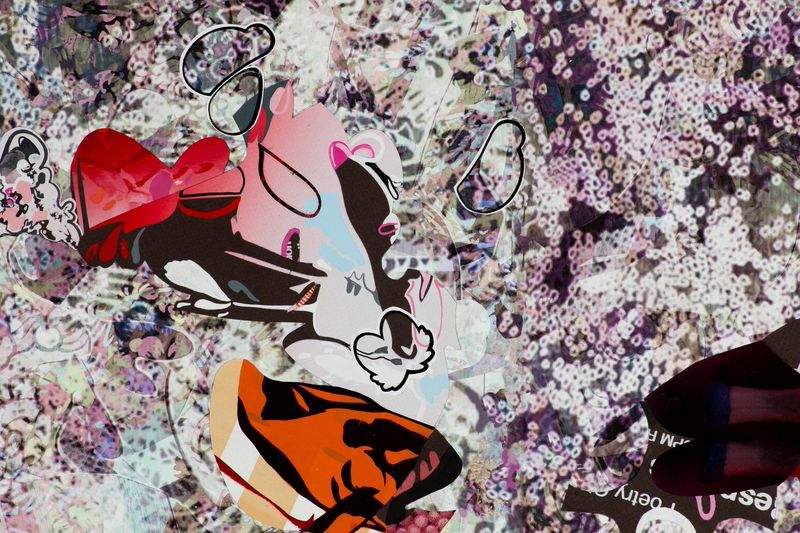 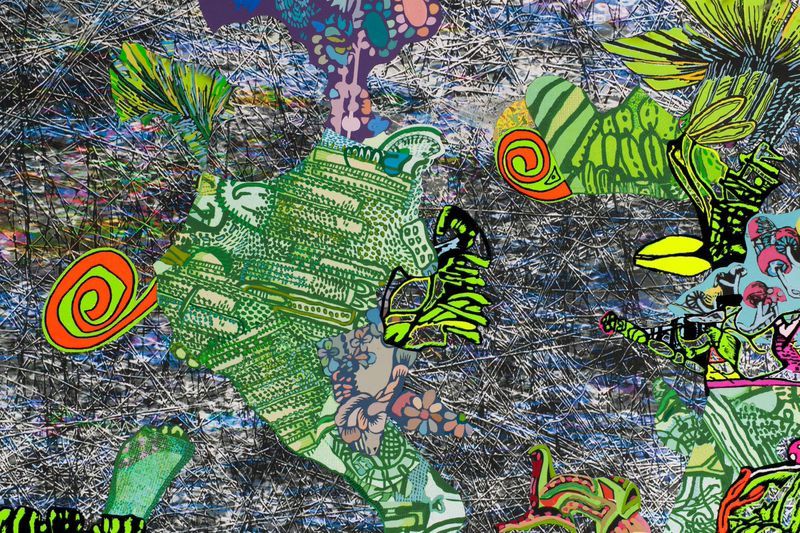 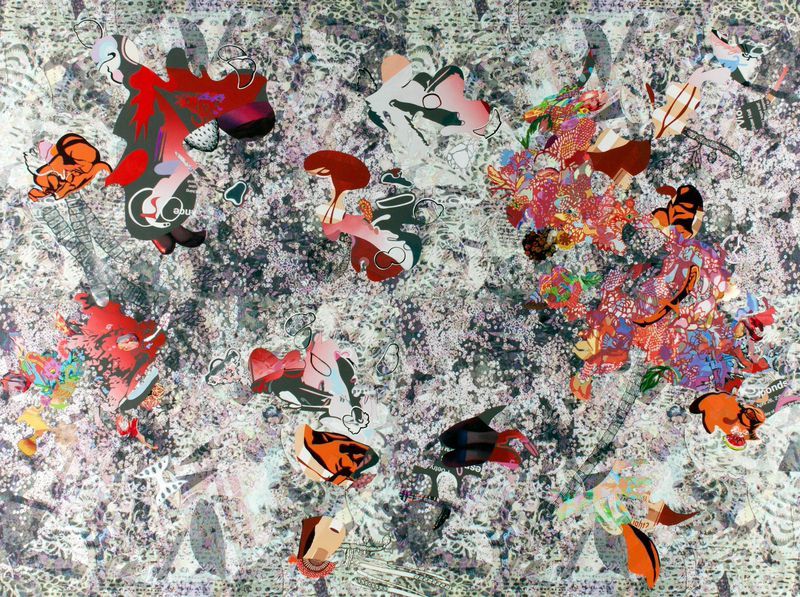 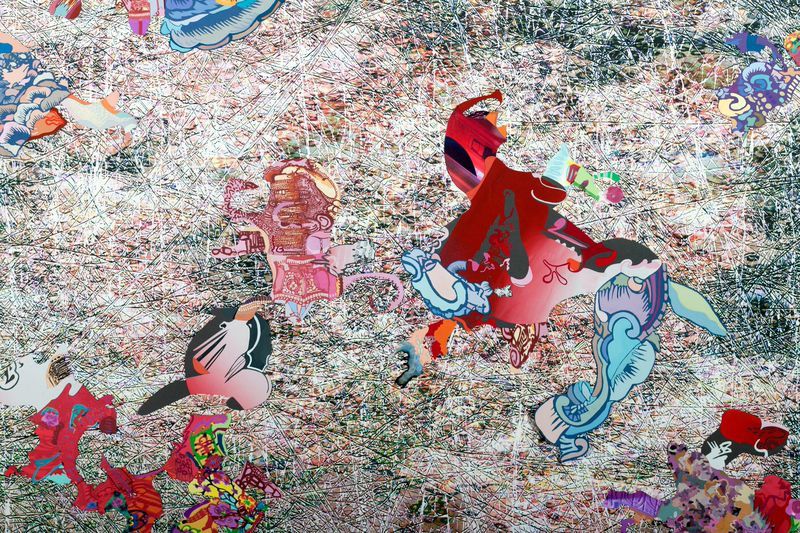 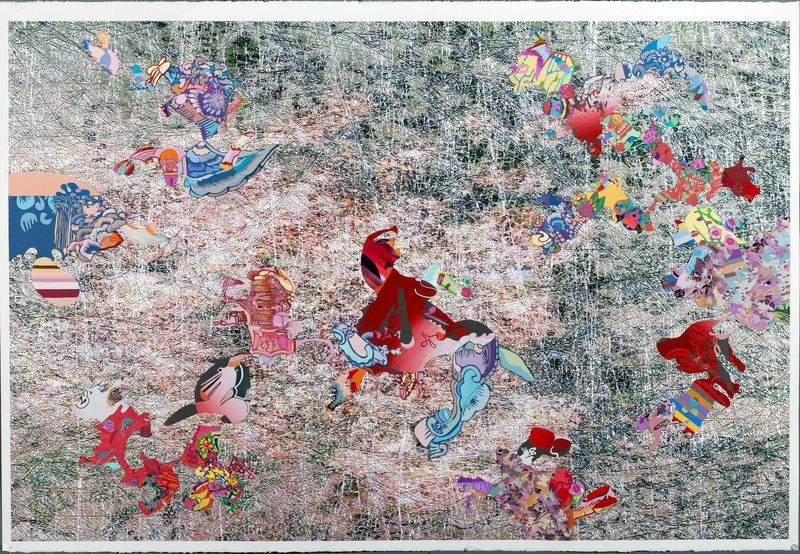 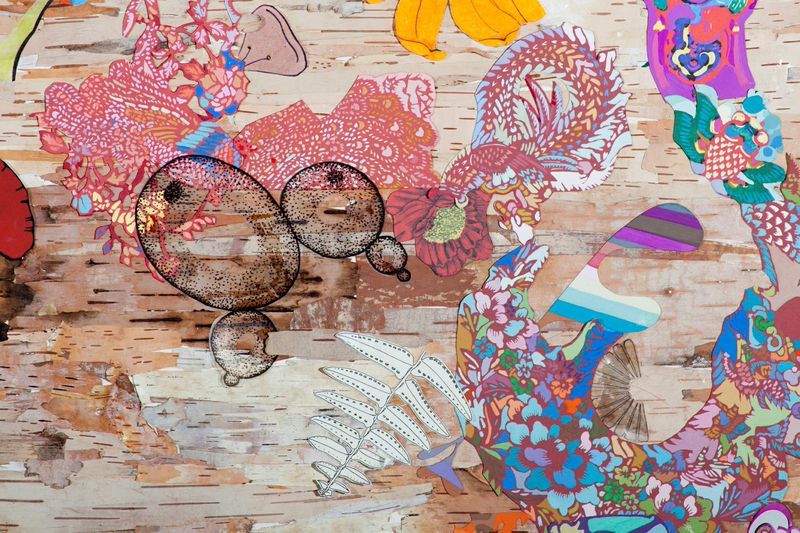 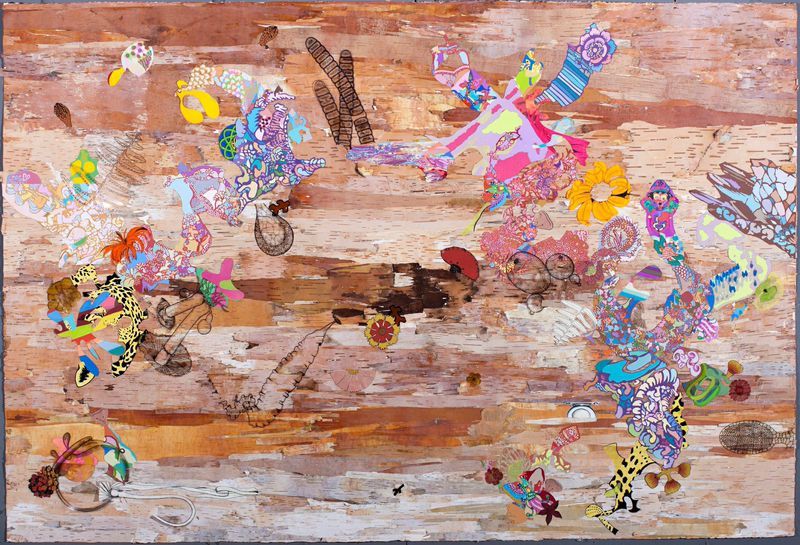 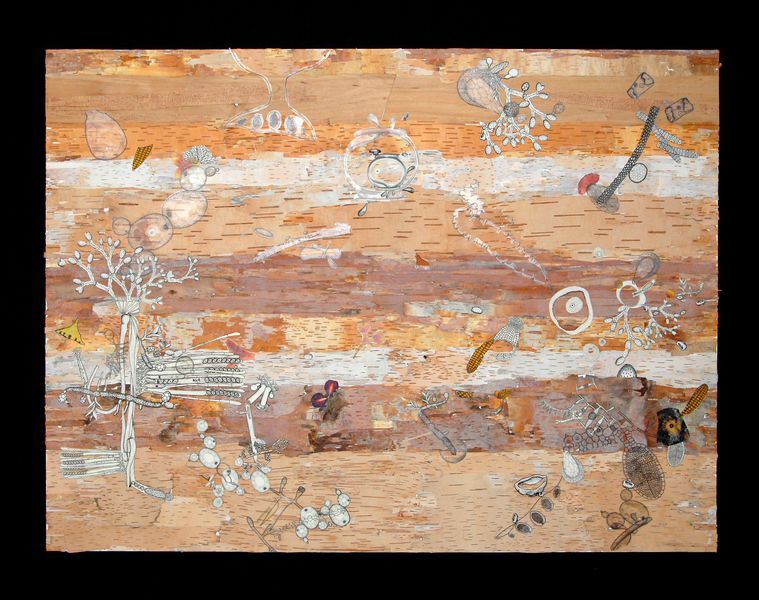 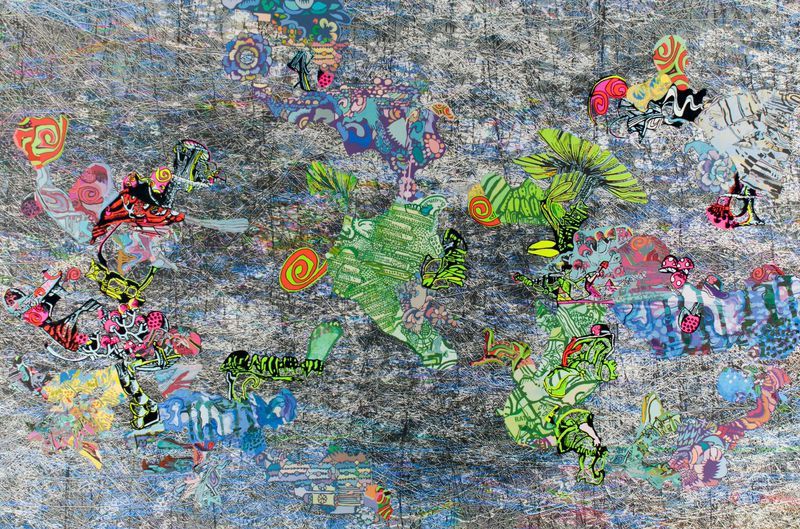