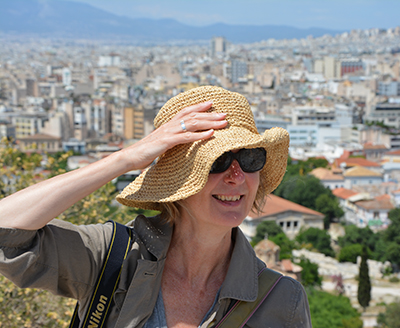 Laura Cloud received her MFA from Rhode Island School of Design and her BFA from the Hartford Art School. Laura’s multi-media installations have been exhibited internationally and nationally. Exhibitions include: actuel’art/lagalerie in Paris; the Museu Historico de Santa Catarina in Florianopolis, Brazil;  the Art Gallery Le Logge in Assisi, Italy; the Liu Hai Su Art Museum in Shanghai, the Ukrainian Institute of Modern Art in Chicago and the Sidney Yates Gallery in the Chicago Culture Center. In 2016 she was an artist in residence at Green Olive Arts in Tetouan, Morocco and in 2019 she was an artist in residence at the Arte Studio Ginestrelle in Assisi, Italy. In 2015 she was invited to speak about her work at the 6th Annual International Conference on the Visual and Performing Arts in Athens, Greece. Currently she is a member of both ARC Gallery, Chicago and Soho 20, New York City.

My large-scale multi-media installations document personal experiences and the ephemera quality of nature.

The Travel Journals: Beginning in 1998 with a trip to Australia I started documenting my travels. This documentation has evolved into an ongoing body of work titled The Travel Journals. By simply mounting a video camera directly on my car’s dashboard, I record an everyday routine. The resulting footage is an intimate personal documentation and interaction with the places I have visited. The camera acts as the observer capturing fleeting ephemeral moments, which are often insignificant and mundane. Footage has been used in several different ways from straight video projection to a series of over 1000 video-stills mounted on the wall. Along with the video documentation I also create large-scale installations, which explore contemporary travel, tourism, environment, colonization, etc.

Emparedados/Walled In: I was invited by the Santa Catarina History Museum in Brazil to create work using the museum’s archives. These archives included the writings of one of the great Afro-Brazilian symbolist poets, João da Cruz e Sousa (1861–1898). My installation Emparedados/Walled In, looked specifically at his writing on slavery and racial prejudice. The completed work was installed in the Cruz e Souza palace in downtown Florianopolis, Brazil.

Poetic Dialogue Project: The Poetic Dialogue Project 2004-2009, curated by Beth Shadur, was an ongoing project of collaboration between contemporary artists and poets. Poets created images through words, while artists used text in relationship to their work. The creative process was enriched by these collaborations. The result was three separate programs, which included exhibitions, poetry readings, artist/poet dialogues and panel presentations. All exhibitions traveled to various national venues, including The Chicago Cultural Center and university galleries. Also, programs were included in two Chicago Humanities Festivals and a panel discussion at the International Conference on Arts in Society in Edinburgh, Scotland. In conjunction with the International Conference, The Poetic Dialogue Project was published in the International Journal of Arts in Society in Melbourne, Australia.

For the Poetic Dialogue Project, I created two pieces:

Seventy Degrees on the Winter Solstice with poet Robin Behn. The main structure, a house form is the context or environment in which all activity takes place. Large wax wings have been fitted to my own body and become a fine play between the personal and the abstract within the piece. Framed on one of the outside corners of the house are photos of the winter solstice. I used actual symbols from Behn’s poem as well as metaphorical symbols. My photos contain clouds set against the light that varies as the time unfolds mapping the winter solstice. The piece is highly interactive, with every sense of the viewer considered; the visual is obviously present, but also present is scent, in the form of dried roses at the bottom of the structure and sound, as Behn reads the poem on a looping recorded sound track.

Ephemera: A Conversation with poet Peggy Shumaker. Two freestanding translucent scrolls act as screens onto which digital video is projected. For a year, the ephemeral quality of nature, landscape, environment and the passing of time were all carefully documented. In the piece, a conversation takes place between two different geographic locations, Alaska and Michigan and two different people, artist and poet. In addition, it draws the viewer into the conversation by including a sound recording of the poem, read by Shumaker, in the installation.

MSU Behind Detroit Zoo Sculpture Made of Illegal Snare Traps 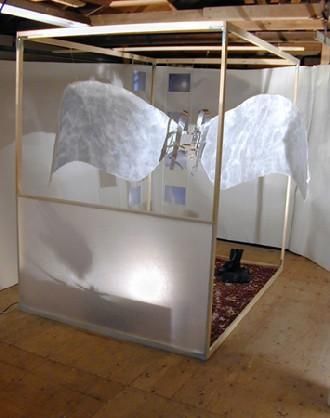 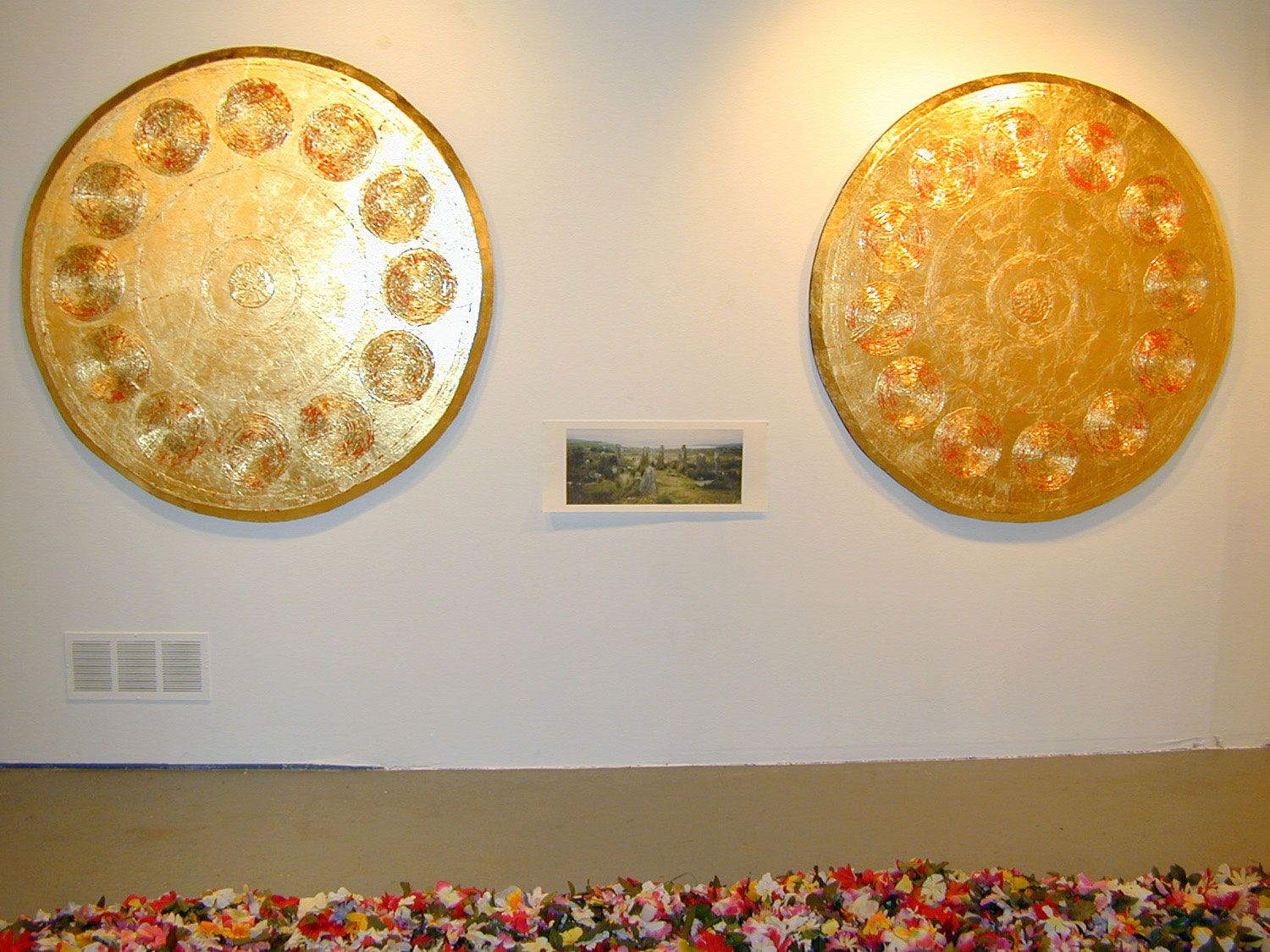 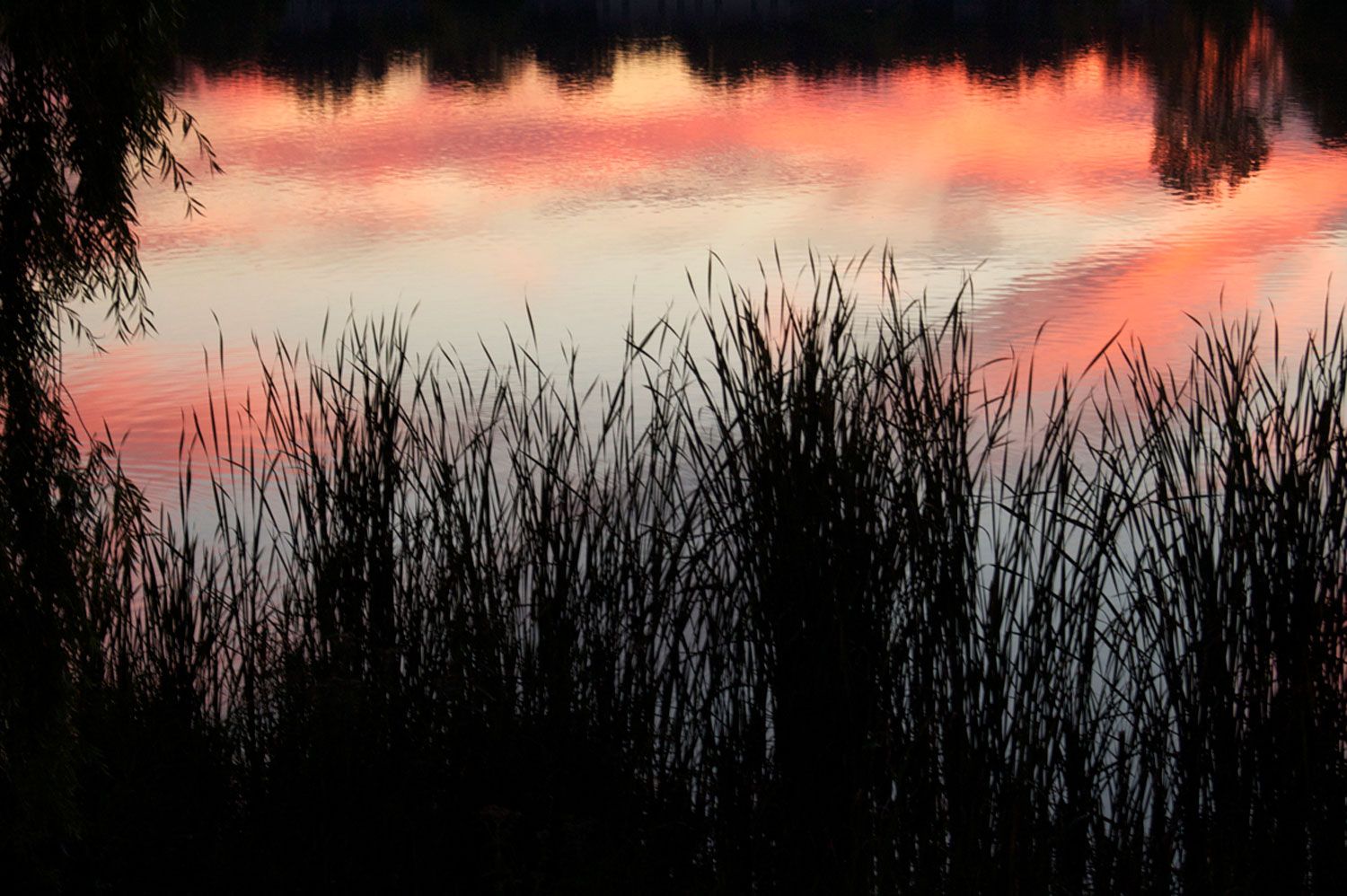 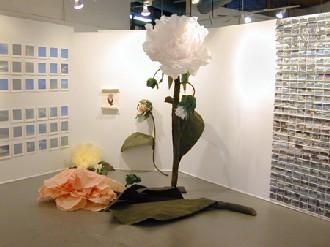 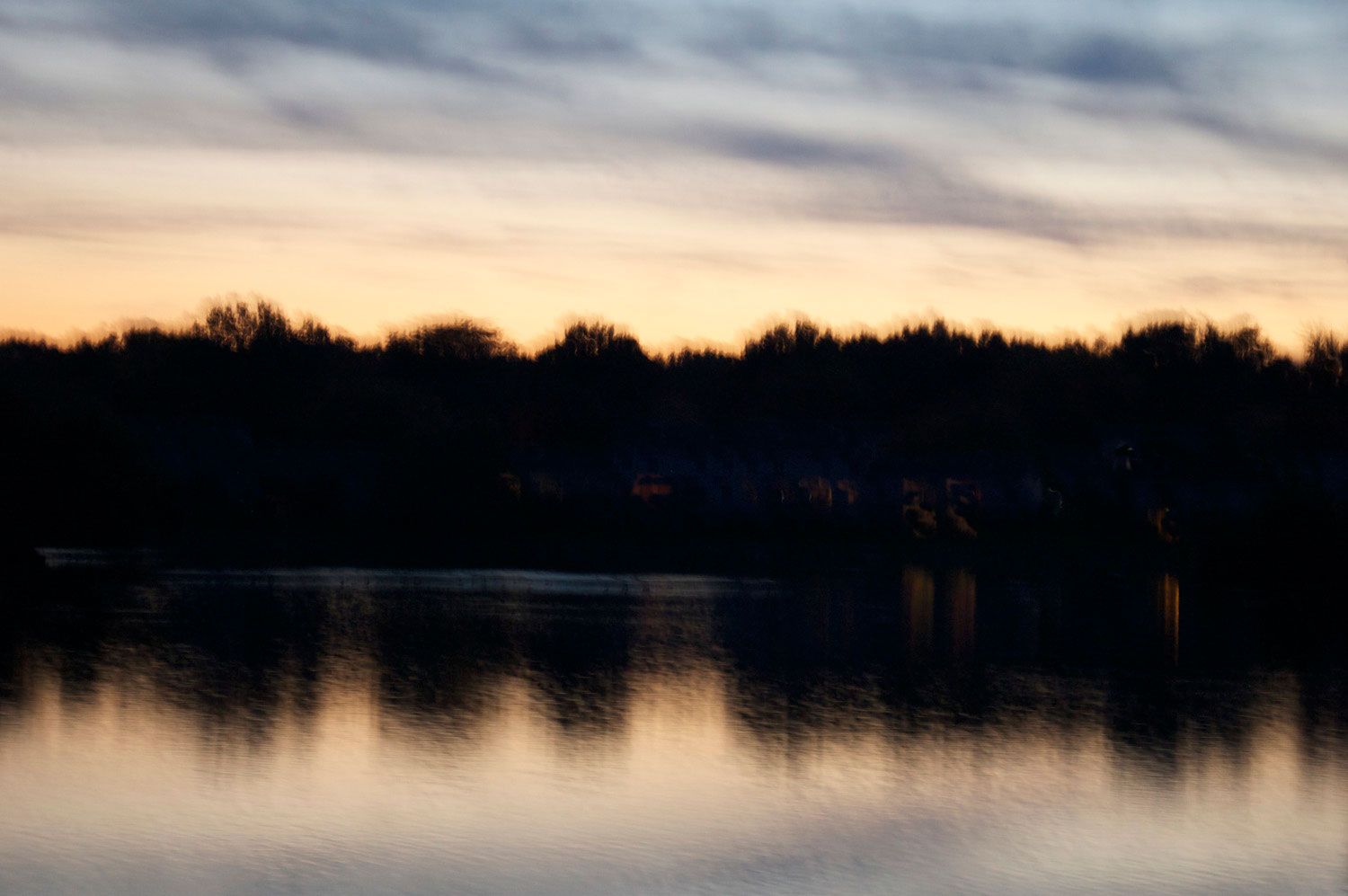 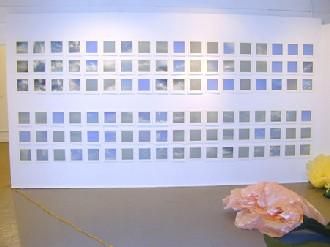 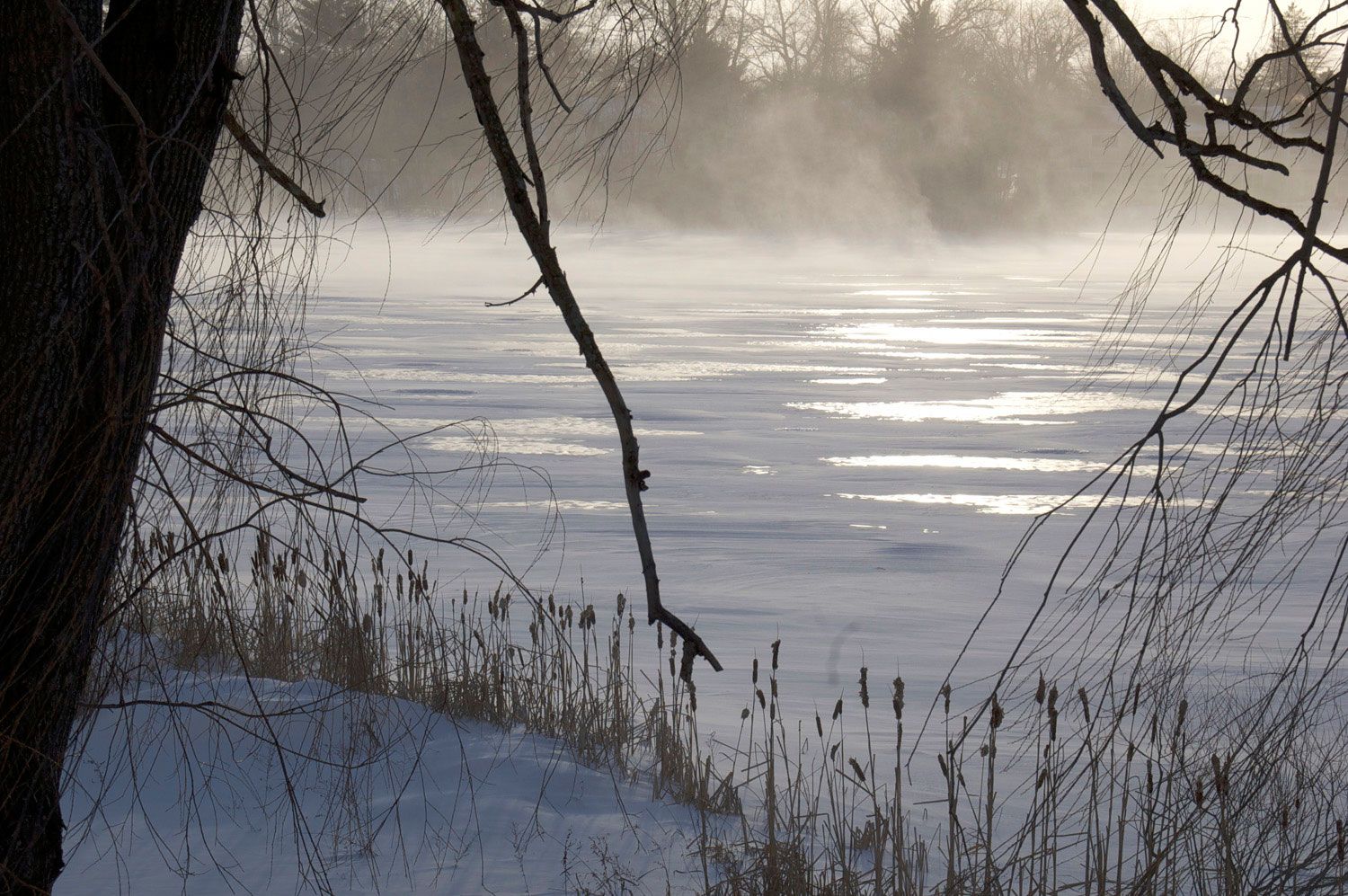 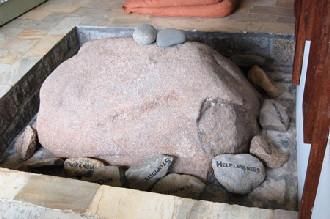 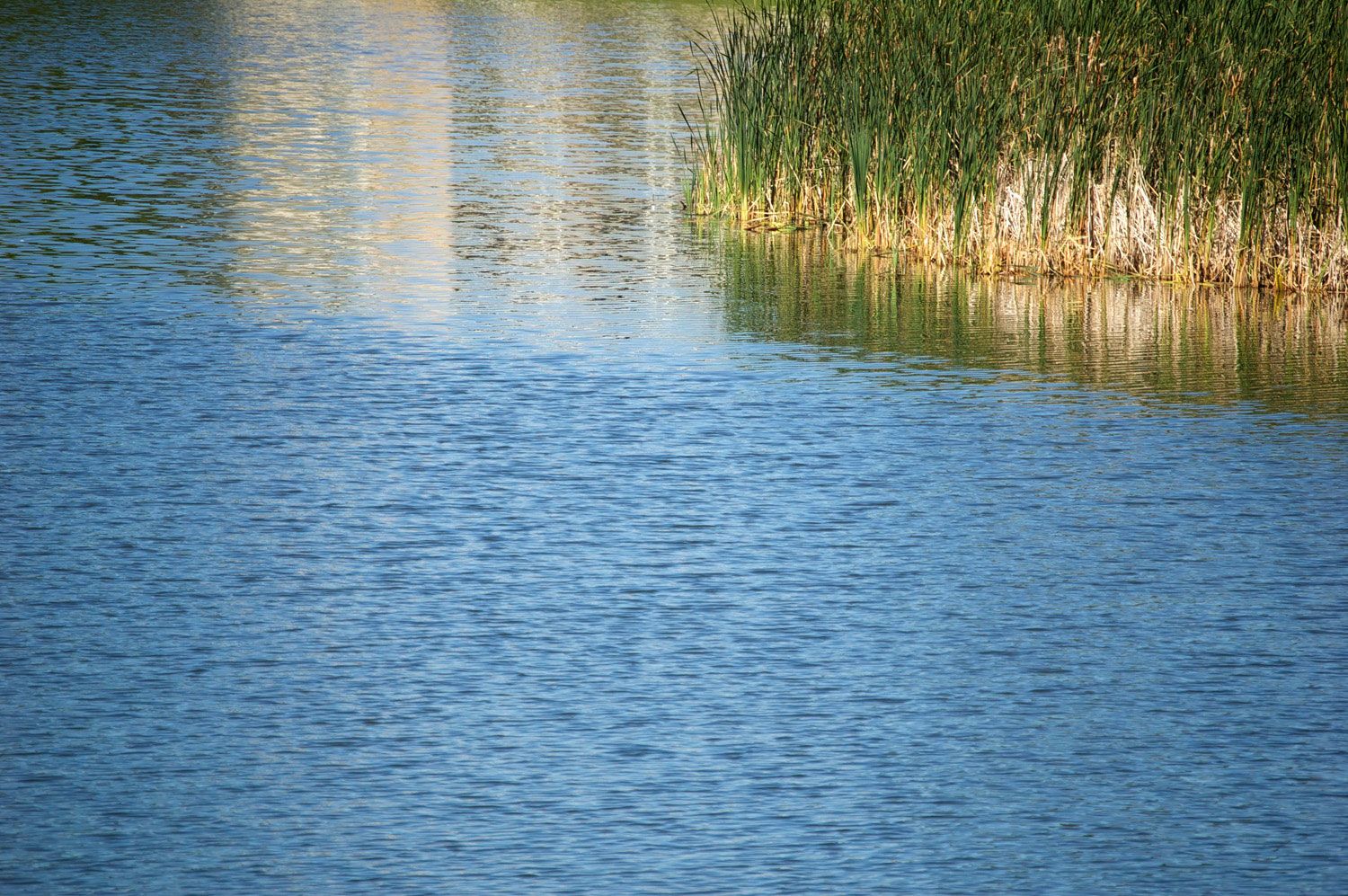 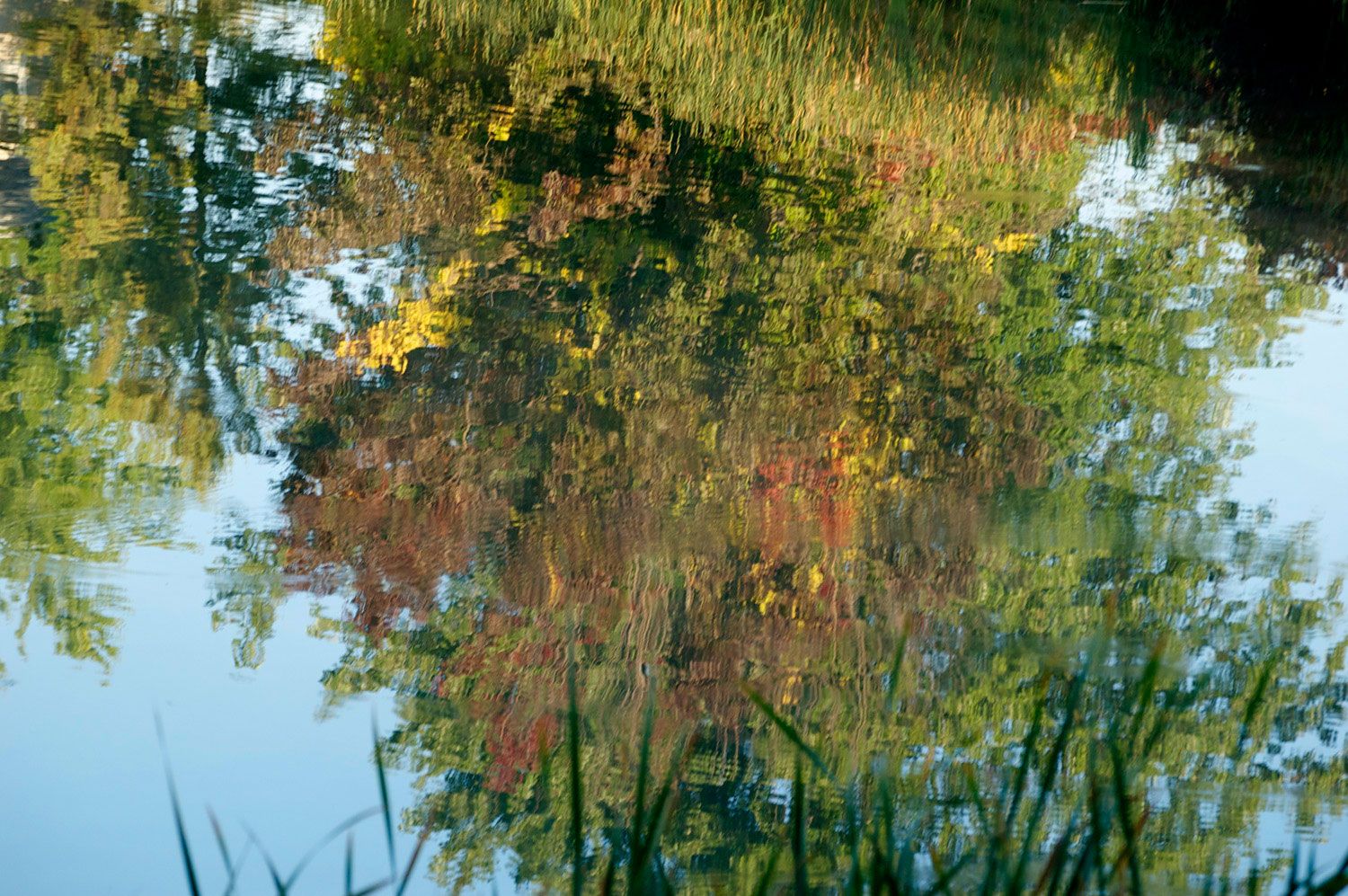 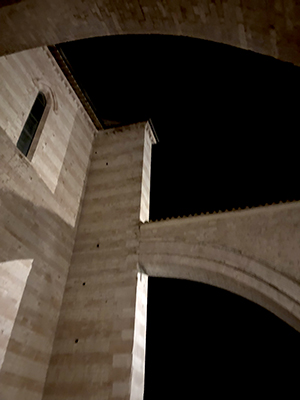 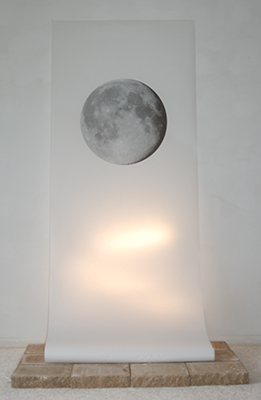 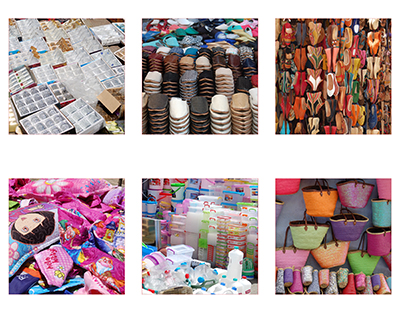 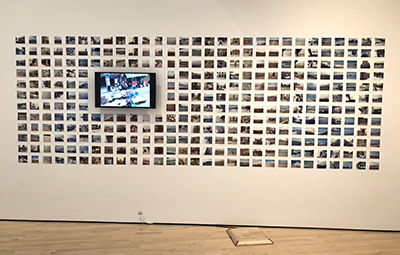