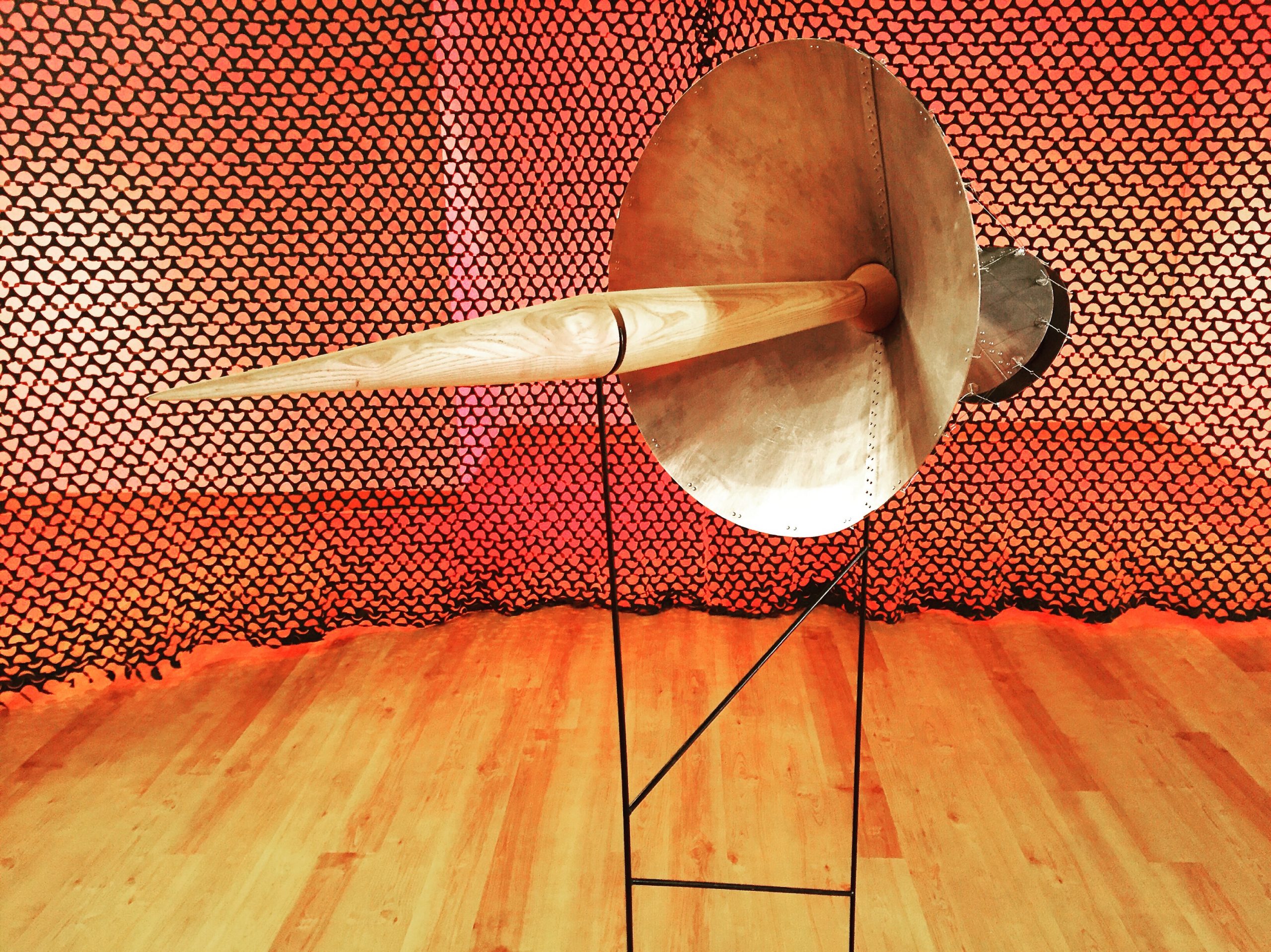 Growing up in a family of pilots, I was exposed to the awe-inspiring mysteries of flight at an early age. As an adolescent, my introduction to aviation developed into a deep respect and love for the field. Countless hours were spent building models of planes and talking about aircraft with my father, a certified aviation mechanic and instructor, whose passion propelled my curiosity. Our conversations resulted in my insatiable desire to create forms with my own hands that brought my interest in aviation to light utilizing construction techniques and processes (such as riveting and sheet metal fabrication) that have been used throughout aviation history.

Human existence is closely tied to travel. We have always desired to travel, especially in ways in which we were not physically designed. The boundaries of our existence on this planet have been significantly transformed in the last century as our yearning to defy earthly limitations via manned flight became a reality. Of course a more sinister side to air travel arises from conflict, where aircraft have been used to inflict harm on an enemy. I communicate concepts rooted in aviation history through a visual language that references both travel and warfare by hand fabricating dynamic and iconic forms of flight. These sculptures consist of cones that are integrated with spires and held together under tension, supported by utilitarian containers (crates). This fragile relationship of forms exposes the delicate balance between grace and imminent danger, similar to the fleeting ballet of courting birds or the hostility felt between foes engaged in a dogfight. Through references to aeronautical form, the sculptures in Flight of Obscurity communicate tension and dance in direct opposition of fundamental forces.

Nathaniel Foley is currently an instructor at Defiance College, Tiffin University, and Owens Community College.  Foley received his MFA in sculpture from Miami University in Ohio and his BFA in Ceramics and Sculpture from Eastern Michigan University.  His sculpture focuses primarily on aviation process, materials and language.

Africa Is Not a Country: Art from Africa and the African Diaspora in MSU Collections

Do You Have Anything to Declare?