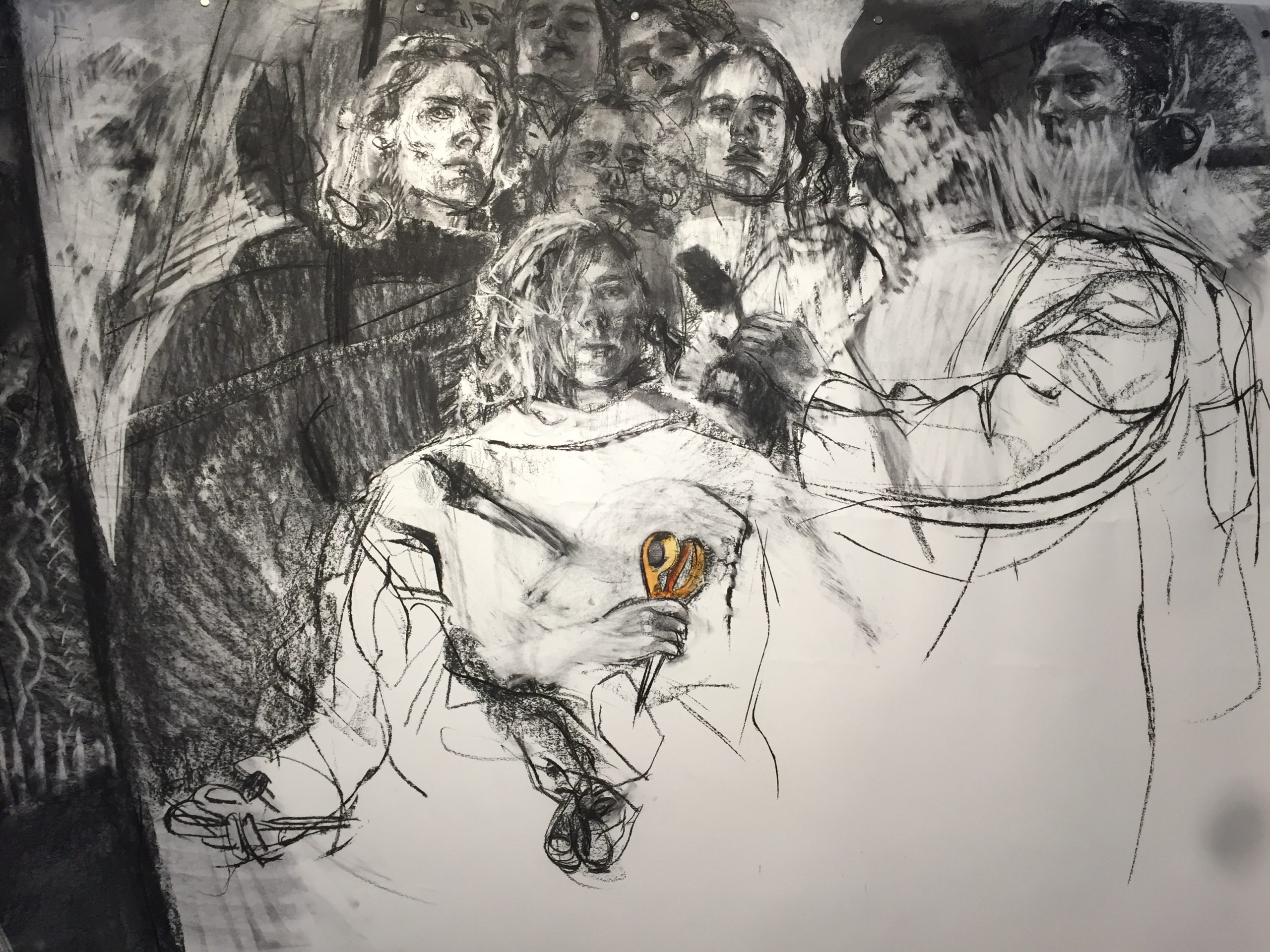 Between Two points is the result of a national call for work of any media that explores the open-ended possibilities associated with drawing as a primary means of expression. This exhibition features drawings that engage with concepts of time and space.  From sequential art to gesture drawing, architectural plans to three-dimensional line, this exhibit will survey current creative engagement of spatial and temporal visual ideas by juxtaposing fragments of images, objects, ideas, and forms.

Robert A. McCann is a painter and educator.  After receiving his MFA from Indiana University in Bloomington in 2001 he was awarded a Fulbright Fellowship to pursue creative practice in Berlin, Germany.  His recent and upcoming venues of solo exhibition include the South Bend Museum of Art (2017), University of Arkansas Galleries in Little Rock, and the Grand Rapids Art Museum.  He is currently an Associate Professor and Coordinator of the Foundations Area in the Department of Art, Art History, & Design at Michigan State University