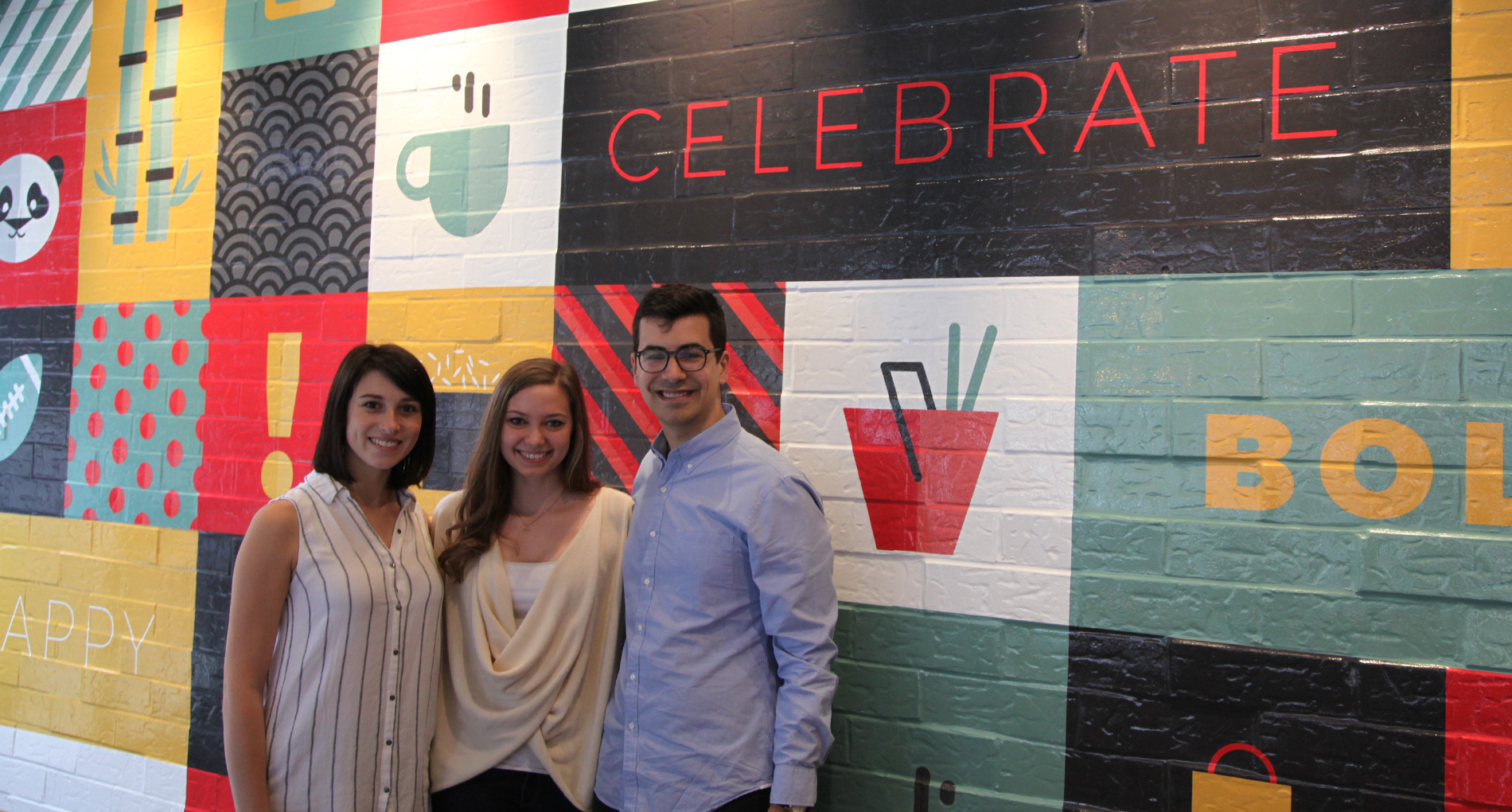 Three Department of Art, Art History, and Design students have designed murals that are now on permanent display in the newest Panda Express restaurant, located on Grand River Ave. in East Lansing.

“It’s extremely exciting to have our work installed in a space that is so visible,” Mianecki said. “We’re grateful to have had the opportunity to work with an organization that’s interested in engaging in and collaborating with the local community.”

Jenning’s idea for the mural came from her childhood love of fortune cookies with each cookie on the mural having its own fortune, ranging from “Sparty will soon enter into your life” to “leave your mark on this world,” a sweet reminder of the community here at MSU.

“[Fortune cookies] are the epitome of Chinese American food and I grew up always itching to crack one open. To combine the positive, self-growth that many students feel as Spartans, it made perfect sense to portray that spirit through fortune cookies,” Jennings said. “I’m excited to have my work installed in such a publicly visited place in such a big scale. This is the biggest thing I’ve designed yet.”

I’m excited to have my work installed in such a publicly visited place in such a big scale.

The contest was open to all current undergraduate and graduate students from the Department of Art, Art History, and Design (AAHD) as well as AAHD alumni from the last two years. The first place winners received $1,000, while second place was awarded $500.

Graphic Design Graduate Is a Business Owner and ADDY Award-Winner