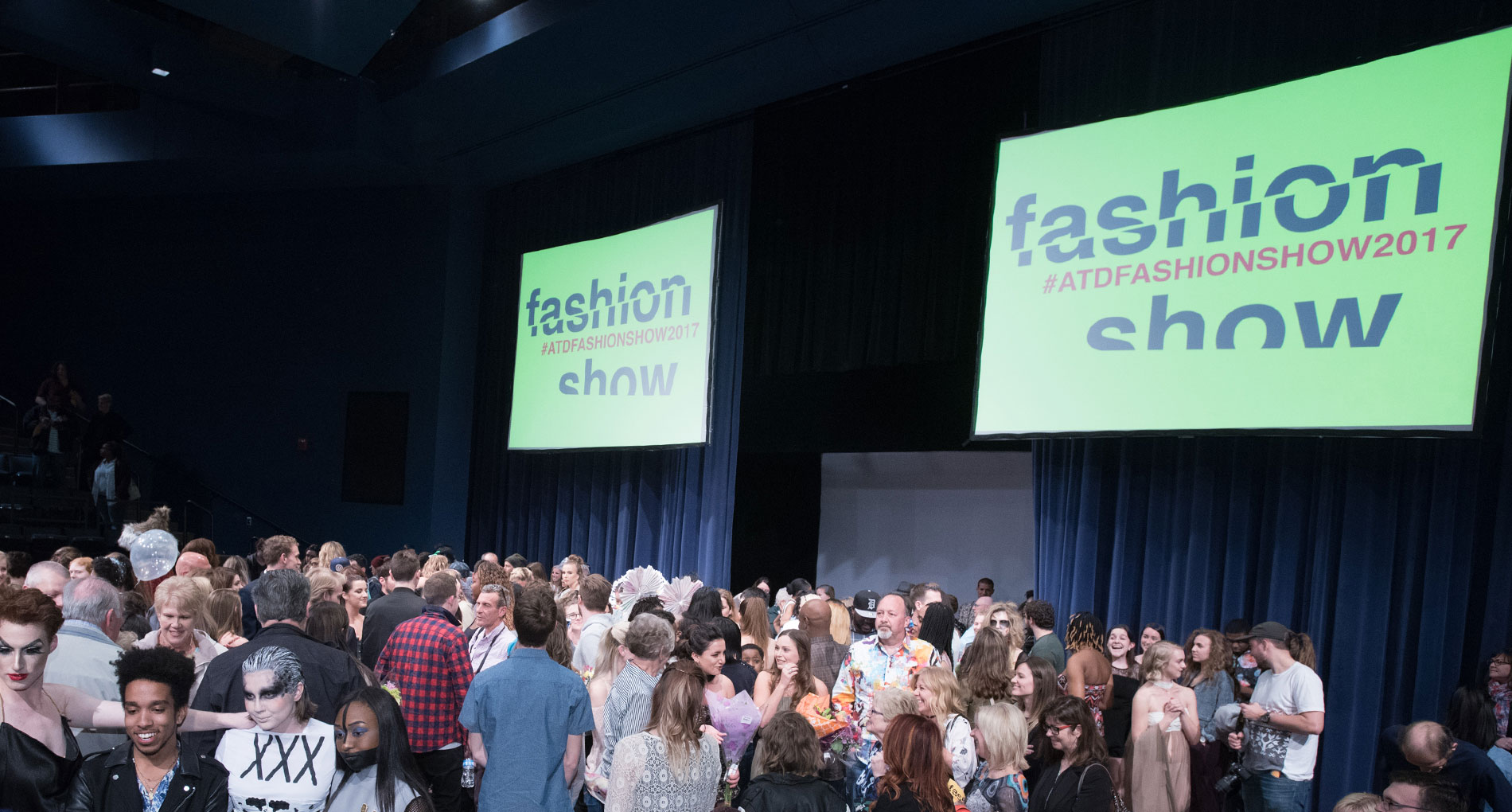 Alixzandra Jyawook, junior Apparel and Textile Design major, took home the Best in Show award for her designs, which were considered to be the most well-rounded and solidified.

“I took inspiration of the garment’s silhouette from St. Basil’s Cathedral (in Moscow, Russia),” said Jyawook, who also served as junior director of the show. “I replicated this throughout the hat of the garment, as well as the form it took when it fell on the body. From color scheme to fashion trends, I wanted to replicate Russia’s history in my design.”

Jyawook used rich red fabric that replicated the kind that was used within royalty, as well as faux fur to add to the luxurious and elegant appeal. “Using buckram, I molded large implants into the hip area and hand sewed the applications on to add to the exaggeration of this area seen during the 19th century.”

To make sure everything was just right, Jyawook spent many sleepless nights perfecting her work, all paying off on the day of the show.

There is something about seeing the garments flow down the runway that is the most rewarding and exhilarating feeling.

Few has spent three of his four years at MSU involved with the show. He started off as a volunteer for the show, then by his second year, he had a piece in the show that required meetings, finding a model, fitting the model, and planning the entire look of the presentation. This year, he had four pieces in the show.

”Having that many pieces took my second year experience and multiplied it,” Few said. “I had four models, two makeup artists, and a design assistant to manage. It’s safe to say if I had not started planning for the show well before the jury for it even began, it wouldn’t have been nearly as successfully as it was.”

Aside from the ATD show, Few has worked in a variety of different positions within the industry in New York City.

“Last summer, I interned for two companies in New York City,” Few said. “One was for BONNE magazine. I was essentially the creative director’s assistant and was involved with almost everything with the magazine from web content, to styling, to booking venues for events. I even visited a couple of fashion shows during men’s fashion week last July. The other internship was for AMCONYC. This company is a production house that puts on fashion shows for emerging designers during New York Fashion Week.”

Being a part of ATD has given both Few and Jyawook a glimpse of what goes into putting on a show and how much work is necessary for something like this to come to fruition.

Take a look at all of the incredible ATD Fashion Show designs in our Flickr album.

Alumna Designs Activewear for Under Armour

Exhibit Inspired by Teachings of MSU Professors Travels to Ireland