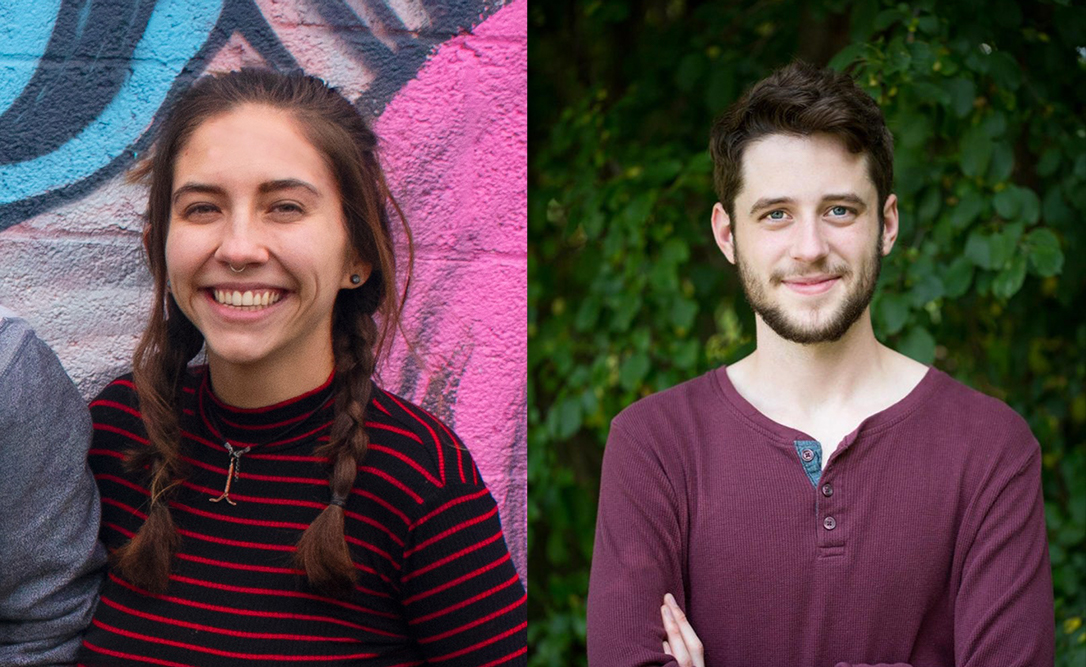 Matthew Gillespie earned Gold at the District 6 American Advertising (ADDY) Awards competition for his Amber Air Adventures Campaign that he completed as a Graphic Design student at Michigan State University and now moves on to the national competition, where his award-winning entry will be judged amongst other top student works from across the country.

“It was important for me to win at the District ADDY awards this year. It gives me a lot of confidence in my ability to move forward in my career,” said Gillespie, who graduated in December with a BFA in Graphic Design. “Moving on to the National ADDY Awards means I can list something of significance on my portfolio and resume. It means I can demonstrate to potential clients that I can gain recognition for them and clout in the advertising space.”

One other College of Arts & Letters entry received recognition at the District 6 competition. Graphic Design senior Maddison Chaffer’s Roald Dahl Cover Series received a Silver Award, which is the second highest award a project can earn at the district competition. Chaffer will graduate with a BFA in Graphic Design in May.

“We are very proud of the accomplishments of Maddie and Matthew, as the District ADDYs are very competitive,” said Chris Corneal, Associate Professor of Graphic Design. “To receive a Gold or Silver at this level is quite a prestigious recognition of their talents.

“Their award-winning work demonstrates conceptual and visual sophistication that is even more remarkable when one considers that they’ve each created campaigns consisting of multiple pieces requiring consistency at the highest level of quality. An identity campaign or a book cover series is only as successful as its weakest piece. Maddie and Matthew have created impressive works of visual communication that are consistently smart and beautiful across their entire campaigns.”

We are very proud of the accomplishments of Maddie and Matthew, as the District ADDYs are very competitive. To receive a Gold or Silver at this level is quite a prestigious recognition of their talents.

Gillespie’s entry was for a mock airline company called Amber Air Adventures, created to attract a younger audience who wants to experience the world more authentically.

“The airline is intended to offer not only a ticket to the destination of your choice, but an experience involving lodging, tours, food, and adventure,” Gillespie said. “When you ride with Amber, you can choose your own adventure: whether that be exploring Mayan temples in Mexico or Stonehenge in England.”

The American Advertising Awards are the advertising industry’s largest and most representative competition with a mission of recognizing and rewarding the creative spirit of excellence in the art of advertising. There are two separate competitions, one for professionals and one for college students.

For both professionals and students, the American Advertising Awards is a three-tier process, starting with the local level, then the district level, and finally the national competition.

All Gold Award winners from the district competitions, both professional and student, move on to the national competition. Due to the COVID-19 pandemic, this year’s National Awards will be presented online later this summer.

Student Designing Her Future One Fashion Show at a Time